Her family owned a dairy and potatoes farm and Hiromu was raised there along with several sisters. As a teen, she helped her parents at the farm chores and played on the fields. She said manga has always been among her hobbies and that she read and collected manga of
all genres, but was partial to Weekly Shōnen Jump and Weekly Shōnen Sunday(magazine to which Arakawa now has a contract, publishing the manga Silver Spoon).Kinnikuman was one of her favorite manga. As a child, Arakawa dreamt of discovering what was beyond the farms and looked up to the mangaka profession (manga writer) as being ideal, “light” and carefree. 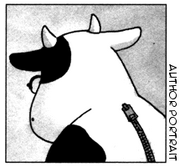 Arakawa moved to Tokyo in the summer of 1999, and started her career in the manga industry as an assistant to Hiroyuki Etō, author of Mahōjin Guru Guru.  Her own career began with the publication of Stray Dog in Square Enix‘s Monthly Shōnen Gangan in 1999. Stray Dog won the ninth 21st Century “Shōnen Gangan” Award. She published one chapter of Shanghai Yōmakikai in Monthly Shōnen Gangan in 2000. In July 2001, Arakawa published the first chapter of Fullmetal Alchemist in Monthly Shōnen Gangan. The series spanned 108 chapters, with the last one published in July 2010, and the series was collected in twenty-seven volumes.  When the studio Bones adapted it into an anime series, Arakawa assisted them in its early development. However, she was not involved in the making of the script, so the anime had a different ending from the manga, which she developed further. The series won the 49th Shogakukan Manga Award in the shōnen category in 2004. When the second anime adaptation was reaching its ending, Arakawa showed director Yasuhiro Irie her plans for the manga’s ending, making both end in near dates.

She gave birth to a son in 2007 but did not take a maternity leave. In a February 12, 2014 interview, Arakawa mentioned that her third child had been born a few days earlier. Other than this she has chosen to keep her personal life private.

She is currently living in Tokyo and has published three more works, Raiden 18, Sōten no Kōmori (also known as Bat in Blue Sky), and Hero Tales.  Arakawa has collaborated with the creation of Hero Tales with Studio Flag under the name of Huang Jin Zhou. In the anime adaptation of the series, Arakawa was responsible for the character designs. She has also drawn the cover from the Japanese edition of the novel The Demon’s Lexiconauthored by Sarah Rees Brennan.

Arakawa states that Suihō Tagawa, the author of Norakuro, is the “root of [her] style as an artist”. She also learned composition and drawing during her time as Hiroyuki Etō’s assistant. She also cites Rumiko Takahashi, Shigeru Mizuki and Kinnikuman by Yudetamago as influences and is a fan of Mike Mignola‘s work.