Wendee Lee is a voice actress and director in the anime industry and video games. Her first anime voice role was in Robotech in the 1980s, where she voiced Vanessa Leeds. She voiced Scorpina on the live-action Mighty Morphin Power Rangers.   (2016) Won Staff Choice Award for Best Female Supporting Vocal Performance in an Anime Television Series/OVA as Haruhi in “The Disappearance of Nagato Yuki chan” at 4th Annual BTVA Anime Dub Awards. 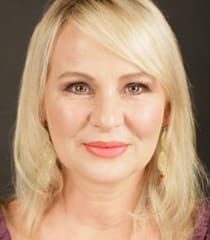 The Disappearance of Nagato Yuki-chan (2015)

Lady of the Lake

The Melancholy of Haruhi Suzumiya (2007)

The Adventures of Panda Warrior (2016)

The Disappearance of Haruhi Suzumiya (2011)

Tenchi Muyo! The Daughter of Darkness (1998)

Atelier Ayesha: The Alchemist of Dusk (2013)

Atelier Totori: The Adventurer of Arland (2011)

Atelier Rorona: The Alchemist of Arland (2010)

Castlevania: Symphony of the Night (1997)

Leave it to Kero! Theatrical Version

The Melancholy of Haruhi-chan Suzumiya