Tony began his career doing local radio and television commercials and graduated to the most successful children’s show in television history “The Mighty Morphin Power Rangers”.  He began as an actor and voice actor and have had the privilege to write, direct, and produce a wide variety of television, film and video game properties throughout his career.

I had the wonderful opportunity to work with Tony for three days.  Not only is he a great voice actor but has worked and successfully in every aspect of the business.  On top of that, he is an excellent teacher.  When I didn’t understand something (which was quite often), he took the time to explain it on a level that was easy to understand and assimilate. Thank you Tony for an amazing three days. 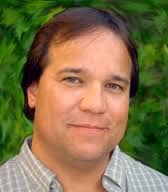 Gargantia on the Verdurous Planet (2014)

The Wizard of Deception

Stand By Me Doraemon (TBA)

Castlevania: Symphony of the Night (1997)