Quotes: (On voice acting) “I feel very fortunate because I love what I do for a living. Not everyone can say that about their job. Every session I go to, I get to become someone else. It’s always a challenge. I’m always learning. I’m working with some of the most talented people on the planet. Some whose careers I’ve followed for years! I feel like I found a way to leave my humble mark on the world. Hey, it may not be Ghandi, but it’s nice to know that some folks will enjoy this stuff for generations to come.”

(Most challenging part of voice acting.) “Making the characters believable. I think that’s the biggest challenge of any acting job. No matter how good the character looks or what kind of cool or quirky voice I develop for him (or her), if you guys don’t buy the lines coming of the mouth, nothing else matters.”

Won a Guinness World Record for most credited roles in a video game, having voiced in more than 260 games as of May 10, 2012. 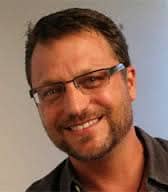 Green Lantern: Rise Of The Manhunters (2011)

King of the Dead

The Chronicles of Riddick: Assault on Dark Athena (2009)

Pirates of the Caribbean: The Legend of Jack Sparrow (2006)

The Lord of the Rings: The Battle for Middle Earth II (2006)

The Lord of the Rings: The Battle for Middle Earth (2004)

Scott Pilgrim vs. The Animation