Saffron Henderson is a Canadian voice actress and singer and the daughter of Chilliwack lead vocalist Bill Henderson. She has voiced various characters from anime series. 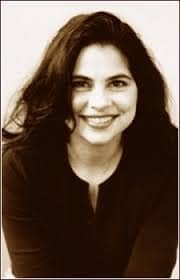 The Legend of the Hawaiian Slammers (1994)

Barbie Fairytopia: Magic of the Rainbow (2007)

InuYasha the Movie: The Castle Beyond the Looking Glass (2004)

A Christmas Adventure… From a Book Called Wisely’s Tales (2001)