Richard Ian Cox is a Welsh-Canadian actor, voice artist, online radio host, and comedian. He is best known for his voice acting for English language dubs of anime, mainly for InuYasha.  He is fluent in French, practices judo, cycling, skating, and horseback riding.

Started acting at the age of nine.  During his free time, he teaches acting at Tarlington Training in Vancouver, British Columbia.  Has also has a tattoo of a Welsh dragon holding an English flag. 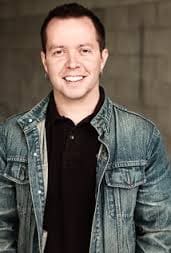 InuYasha the Movie: Fire on the Mystic Island (2006)

InuYasha the Movie: Swords of an Honorable Ruler (2005)

InuYasha the Movie: The Castle Beyond the Looking Glass (2004)