Karen Strassman is an actress, voice-over artist and dialect coach, known the world over for hundreds of characters she has created in many forms.

Whether on-camera or behind a mic, Karen is extremely versatile.  She has played roles as varied as the brilliant and empathic scientist, Devra Bogdanovich, of Ingress; a dying immigrant from Northern Ireland; doctors and lawyers, the quirky bookish OCD accountant recurring on Weeds; to a killer’s trailer trash mother on Criminal Minds. 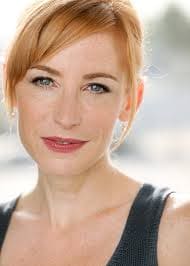 Gargantia on the Verdurous Planet (2014)

Tales of Phantasia: The Animation (2007)