Justin Ryan Cook is an American producer, voice actor, Line Producer, ADR Director, and Engineer who works for anime series at Funimation/OkraTron 5000 and is most noted for his English dub role as Yusuke Urameshi in YuYu Hakusho when he was only nineteen. 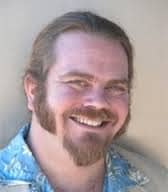 Okami-san and Her Seven Companions (2012)

Seiryu of the Saint Beasts