Choose from your favorite anime shows and watch one online on Ani.me. Memorize Ani.me as the easiest and most memorable way to watch anime online. Subscribe and be part of supporting Japanese anime companies!  Only a few dubs.  Mostly subs.

Availability: UK and Ireland
Version: Sub and dub
Viewers can access free simulcasts of a quite a few major works every season, and older works can be accessed for £3.99 a month.

Availability: Global
Version: Sub and Dub
This site is not a streaming site. Rather, it provides links to help you locate legal streams for Aniplex USA anime subbed/dubbed!

The ways you can watch anime: Online, Tablets, Phones.

The ways you can watch anime: Online.

The ways you can watch anime: Online, tablet.

Availability: Global
Version: Sub and Dub
This site is not a streaming site. Rather, it helps you locate legal streams for anime subbed/dubbed in various European language.

AsianCrush is the premier Asian streaming service for movies, TV shows, and web videos online. We curate and distribute the best of Asian entertainment media to a global audience. Our content is distributed across North America on the leading cable, satellite, telco, broadband, and mobile Video-On-Demand (VOD) systems.

Free subject to commercials and advertisements.

Crackle is free but it has a limited supply of anime.  It is also owned by Sony

Availability: Almost all countries outside of Asia
Version: Sub, some dub

Versions: Sub and dub
Anime Licensing powerhouse Funimation first started streaming online in 2009. Today, they stream their licensed shows both on their website and on Hulu. You can even access Funimation via PS3/PS4! Anime fans will all agree not all dubs are of the highest quality, but Funimation has released some thoroughly enjoyable english dubbed localizations, which are all viewable online. Non North-American residents: have no fear, because Funimation plans to extend their services to the UK. In addition, they also sublicense their works to other streaming services, such as…

Availability: Australia and New Zealand
Version: Sub and dub
Hanabee is another service exclusive to those in Oz/NZ! Hanabee has steadily increased their selection since launch, and now boasts a strong selection of recent popular titles. Best of all, they also host RWBY, for the Rooster Teeth fans out there!

The ways you can watch anime: Online, on iOS

Availability: UK and USM
Version: Sub and dub
Somewhat ironically, a bunch of old-school/classic anime are available to stream for free on a website called manga.com.

Digital Media Rights is one of the largest aggregators and multi-platform distributors of feature films, television programs, music programs, and sporting events. Digital Media Rights oversees a catalog of over 7,500 titles from the leading studios and producers around the world. Our titles are distributed across broadband, mobile, cable/satellite/telco VOD, Smart TV, OTT set top boxes, DVD and Free and Pay TV, in a combination of transactional, subscription, and ad supported platforms. Digital Media Rights is a leading content partner to major digital storefronts including Netflix, Hulu, Amazon, Vudu, and Verizon Redbox, and works with the majority of cable/satellite/telco systems in North America.

Availability: Global (dependent on title)
Version: Sub and dub
That’s right! You can also watch anime on MAL now. Technically, MAL uses Crunchyroll, Hulu, and Daisuki’s services in order to bring you anime, but hey, it’s nice that you can watch straight from the anime database pages!

Availability: Everywhere excluding China, Crimea, North Korea, and Syria
Version: Sub
A worldwide favorite, Netflix already dominates a large chunk of the general legal streaming market, and recently made plays to get a part in the anime market as well. Although Netflix is a paid service, the $7.99-11.99 per month enables you and your family and friends to watch great anime, live action shows, and movies! The subtitle availability varies depending on region.

Pluto TV is an Internet-based TV platform operated by Pluto Inc. The company was founded in 2013 and is based in Los Angeles, California. According to Techhive this is the best cord-cutting application. Pluto TV runs as an app on AppleTV, Android TV, and Roku.  It’s All Day Anime features subtitled but reasonable quality anime free.

Reelgood takes all the various movies and TV shows that have ever been made (almost) and tells you where you can watch them, from subscription services (like Netflix and Prime Video) to free services (like Crackle, TubiTV and others) to TV everywhere options (like FX, ABC, and FOX) to rental and purchase options (like iTunes, Amazon, and Vudu.) 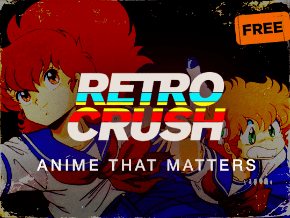 The service will also add the following works at a later date:

Availability: Global (Anime is currently only available in the UK)
Version: Sub
Viki has a super interesting concept in that it works off crowdsourced subtitles. Users can watch a show and subtitle it in their own language as they watch, which makes for fast, if not always high-quality subs. Subtitles for various TV shows and movies exist for around 200 different languages. Unfortunately, Viki only has UK licenses for a few anime, so unless you live there, you’re out of luck. On the bright side, Viki is a great place to check out Asian variety programming and dramas!

Availability: Everywhere
Version: Subs and dubs
Watch new series, classic favorites and everything in between. Stream free or create your own collection!

Availability:  VRV is only available in the United States for now.
Description: Brought to You by the People Behind Crunchyroll. VRV is a new video experience bringing the best of anime, animation, gaming, comedy, fantasy, and technology to U.S. fans in one unified environment.
Available Channels:

Availability: UK, France, and other French speaking countries and territories
Version: Sub and some dub
Wakanim is primarily a French streaming site, but they are also available in the UK! Several major shows such as Tokyo Ghoul are available.

The general YouTube rule becomes:  It’s only legal if the videos are posted by licensed distributors. All other anime videos are illegal.

There you have it! Did we miss any? Let us know in the comments below! As mentioned, English-Dubbed.com will be doing our best to keep this list up-to-date with the latest available Legal Anime Streaming Sites.  Email us !