Nothing is more anime than the “-dere” archetypes. They are short-hand character models that are easily recognizable by fans and can be plugged into any story situation to inject romance.

First off, the “dere” refers to being love struck. These characters will always be a romantic candidate for the main character, no matter what. Now, let’s looks at the different types of dere templates.

The tsundere is one of the most popular types. They switch between a tsun (harsh) state and dere (love struck) state. You’ll know if a character is tsundere if they keep saying “baka” or they try to cover up a good deed.

There are two types of tsundere – Type A and Type B.

Type A: The “tsun” state is their default personality. They tend to verbally and physically abuse their object of desire, get embarrassed when complimented, and use “baka” as every other word. 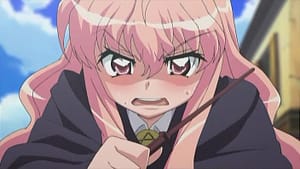 Type B: The “dere” state is their default personality. They have a friendly public face and are usually generous. Their “tsun” state appears when their love interests does something to upset them (usually something perverted). 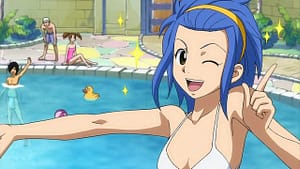 Yandere characters are really sweet on the outside. They range from being cheerful and friends with others, or can be really shy. A bond with the main character will form quickly.

However, their friendly nature masks a dark side. Yandere characters are very possessive and controlling. Most will kill the people around their love interest or will isolate them from society. They do not take rejection well (which has a 90% chance of happening).

Quiet, shy, and harmless. Dandere characters typically wear glasses and are always buried in books. However, they can become talkative when around their love interest.

Emotionless, cold, and distant. On the rare occasional that a kuudere does speak, they tend to be very blunt and cynical. A blank face and a flat voice is a must. Despite their icy nature, kuudere characters are capable of caring and forming romantic bonds.

The most cheeful, hyper, and loving of the “-dere” archetypes. Deredere characters are constantly smothering their love interests with affection.

This archetype is restricted to female characters. They want to be treated like a princess by everyone, even if they are not actual royalty. Himedere characters may act stuck up as a mask to hide insecurities. The classic “ohoho” laugh is their favorite weapon.

The male version of himedere. They want to be treated like a prince, even if they are not royalty. Usually they have sharp eyes and crazy awesome fashion.

Arrogant, proud, and sporting a god complex. They believe everyone should treat them as divine beings, and will force their views on everyone.

A relatively obscure character type. The undere combines the deredere, dandere, and a sprinkle of yandere. These character always say “yes” (un) to their loved ones as a way to stay close to them.

They are characters who begin the series as an antagonist. Mayadere will fall in love with the main character, but that does not mean they will switch sides and are willing the kill their love interest if they feel betrayed.

A relatively new type of character. The bodere combines the violent nature of the tsundere with the shyness of the dandere. Bodere characters are usually shy around the opposite sex and lash out to hide their embarrassment.

Takes the icy nature of the kuudere and combines it with the arrogant attitude of the kamidere. Hinedere characters are very cynical and sarcastic, but will show their soft side when a character breaks through their shell.

They are a new archetype and may see more popularity if the anime’s cynical trend continues.

Sadistic characters that get off on toying with characters on an emotional and physical level. If they find a love interest, they better be a masochist who can take a beating.